Sure, October is a month for people to enjoy the changing of the leaves, the ubiquitous pumpkin flavorings, and, of course, commemorating all things spooky! But at Maggio’s Italiano, we celebrate for another reason—October is national pizza month! We can’t think of a better way to honor the best month of the year and everyone’s favorite food than to eat as much pizza as possible! Don’t worry, if anyone appears judgemental, just remind them that it’s pizza month and offer them a slice! So, aside from placing your pizza delivery from Maggio’s in Alexandria as soon as possible, we felt like providing you with some little-known facts about pizza to impress your friends during this glorious month of deliciousness! Let’s get started, shall we?

Pizza In the USA

While pizza may be known as an Italian dish, there is no denying the fact that the United States has a special affinity towards the food, as these interesting facts clearly show: 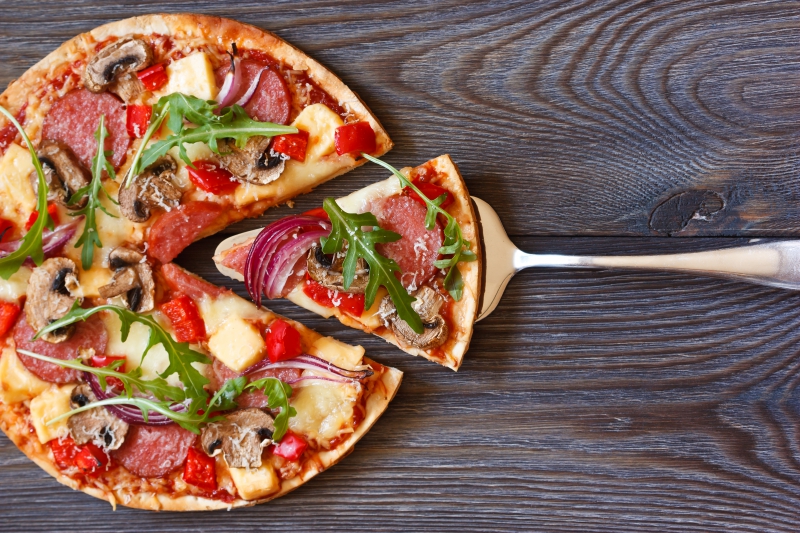 Nearly anywhere in the world that you find yourself, it’s likely that you can find a slice of pizza. It’s the world’s favorite food! Here are some intriguing facts related to pizza around the globe:

Pizza really knows no bounds and has no limitations, even in space! In 2001, a six-inch pizza was the first ever to be delivered in space to Russian cosmonaut Yuri Usachov (curious of how much he tipped). To further pizza’s exploration of the cosmos, NASA is also working on a 3D printer that can make a pizza, with a variety of choices on toppings and sauces, all while in orbit!

We don’t want you to worry, you don’t have to jump on a spaceship just to get your fix of pizza, you just have to come on by Maggio’s Italiano in Alexandria, where we’ll provide you tastes that are out-of-this-world! We hope you’ve been celebrating national pizza month, and if you didn’t know about it, then now is your time to start gorging yourself. Either come to visit our brick-and-mortar location, or simply order online now and celebrate in the comfort of your own home. Happy pizza eating, friends!